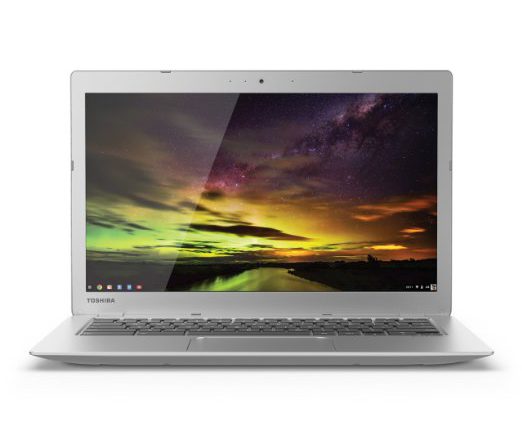 A few weeks ago I picked up a Toshiba Chromebook. Not really sure why, was kind of a impulse buy I guess. I decided to put it to use. The Chromebook I picked up is the [amazon template=template&asin=B00N99FXIS] which is configured with 4 GB of Memory and a 16 GB SSD. The Chromebook also has a USB 2.0 port, a USB 3.0 port, a HDMI port, a microphone/headphone jack, and a SD Card slot. I paid just under $300 for it after redeeming a couple BestBuy Reward Certificates.

As an experiment I decided to leave my laptop at home for VMWare PEX and only carry the Chromebook. I was surprised as I was able to do just about everything I needed to do. If I couldn’t do on the Chromebook I could either do it in the chrooted Linux environment (Crouton) or through RDP or VMWare View or Citrix Receiver to my home desktop/lab.

Now I use it all the time now, especially for basic things like email, social media (Twitter and Facebbok), and writing blog post (this post was written on it). Very quick to start-up and easy to use just about anywhere.

Things that surprised me because they worked and worked really well:

Things I wish would work:

Neat little impulse buy which I am getting way more use out of than I expected.