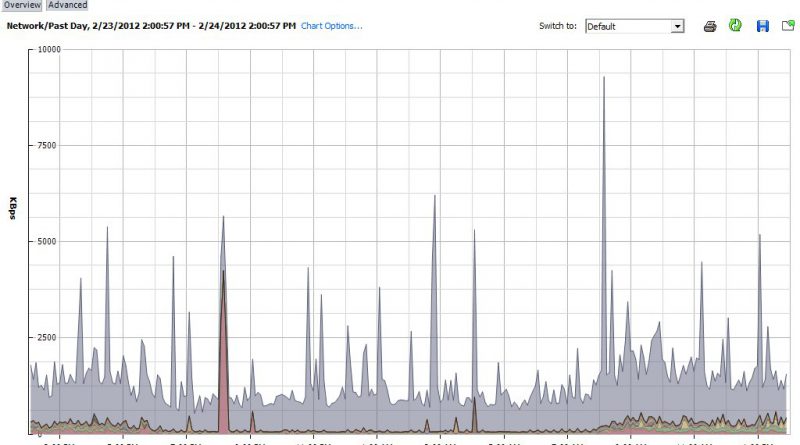 I am currently teaching a VMware Manage for Performance class at TCC. During this week’s class we had a great discussion (OK there was a little bit of soap box preaching involved also) on resource allocation in a virtual environment. The discussion started from a question that was asked based on the resolution to a network performance lab scenario.

This raised the question “Why not make all seven physical uplinks active?”

Just from the lab scenario we do not have any insight into specific application needs or service level agreements (SLAs) but my answer to the question was the environment did not require more than the five physical uplinks available so two uplinks are set to standby to ensure the production capacity is available in the event of a failure of up to two of the active uplinks.

“Wouldn’t seven active 1GB uplinks be better than five 1GB uplinks?” Seven is definitely more but not necessarily better. It really depends on the needs of the environment and any SLAs that may be in place. If five 1GB uplinks support the applications and the service levels are being met then adding more uplink capacity is more than likely unnecessary.

If all uplinks are active there is no failover capacity. If there is a failure it will decrease the amount of available throughput and possibly degrade performance. The environment that has been delivering service that exceeded the workloads requirements is no longer providing the same level of service. You may still be within acceptable service levels but it is not what application users have come to expect. If you have five uplinks active and two uplinks on standby if there is a failure of a physical uplink (or two) there will not be any impact on production, 5GB of throughput will still be available.

Some people took this to mean that by providing mediocre serivce (5GB of throughput instead of 7GB) then users become accustom to the mediocre service. It is not that at all. It is about managing resources to deliver acceptable service levels for the applications running in your environment with a good plan in place to deal with failures and handle growth.

We had a pretty lengthy discussion on the pros and cons of this and here are a few of key things I hope the students took away from the discussion:

These kind of discussions are something I enjoy about teaching the class. It helps me understand how other people see things and how I can hopefully pass on a bit of knowledge and experience that doesn’t come right from a text book.

One thought on “Why not make all seven physical uplinks active? Allocating resources in a virtual environment.”