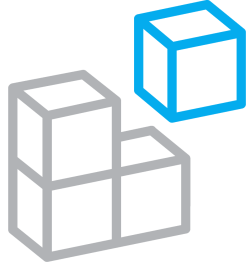 The SimpliVity Data Virtualization Platform (DVP) provides native data protection including policy based backup, replication, and recovery. The backup policy engine and the backup catalog are part of the SimpliVity DVP. We are able to easily provide a data protection solution which aligns with a traditional and proven 3-2-1 Backup Strategy: 3 copies, 2 independent media sets, and 1 off-site copy.​

Here is an example of a simple SimpliVity backup policy:

So what happens when we take a SimpliVity backup and how can we claim to follow the 3-2-1 strategy?

The SimpliVity Data Virtualization Platform (DVP) which is comprised of the SimpliVity File System and Object Store (SVTFS) enables the efficient storage and protection of data by deduplicating, compressing, and optimizing all data, at inception, once and forever, across all tiers, and across all sites. A deeper dive into the SVTFS and how it deduplicates and protects data can be found in Ron Singler’s (@rsingler_) post Deduplication, You Must Unlearn What you Have Learned (Definitely worth a read).

First things first, SimpliVity backups are NOT snapshots. A snapshot has some dependency on the original. Snapshots are deltas of the original and maintain a dependency on the original, when the original VM is deleted the snapshots are useless for recovery. A SimpliVity backup of a VM is a full, completely independent (independent is the keyword here and one which will be repeated often throughout this post), copy of the references to data stored on disk (the VM’s metadata – this metadata is an abstraction of the physical dataset – again unlearn what you have learned). The physical data set is protected within the node and across nodes within the same logical datacenter. Data which is needed for a virtual machine is not removed from a datacenter until all references to the data are removed, this includes the primary and any backups.

Here is a simple example of a SimpliVity Federation comprised of two datacenters:

When we take a local backup (manual or policy based) of VM2 in the Primary Datacenter we create a full independent copy of the object across two independent nodes in the datacenter. The data for the VM already exist in the physical dataset so we do not need to recreate any of the data for the point-in-time in which we take the backup. No IO or capacity is consumed but we do have 2 independent, point-in-time copies, of the data across two nodes in the Primary Datacenter.

So what happens when we have to restore a VM?

The process is very similar to a backup, we create an independent copy from the backup and present it up through the DVP, to the datastore, and into the hypervisor inventory as a virtual machine. Since the restore is also an independent copy the original point-in-time independent backup is not modified.

Any of these can be easily and quickly restored.

Want more info on SimpliVity Backups? Check out Brian’s (@bknudtson) post When Is A Backup Not A Backup (And When Is It).