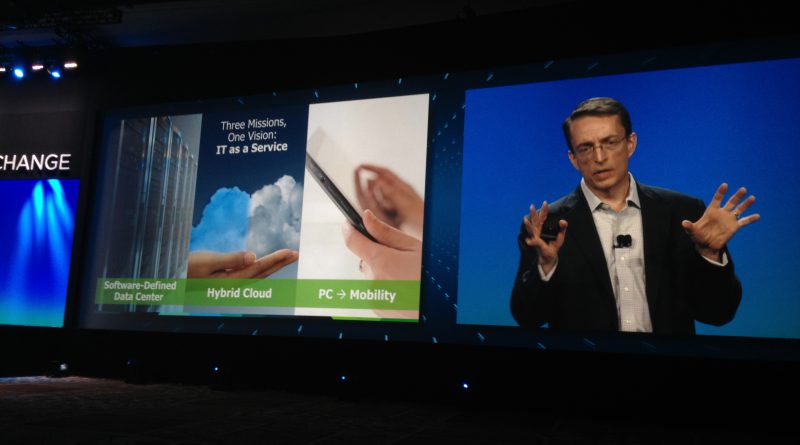 Had a great time in Las Vegas for VMware PEX 2013. I attended a lot of great sessions and meet some really cool people.

Had some really great sessions my last day at PEX. The Virtualizing Business Critical Applications for Maximum Performance session with @vmMarkA was excellent. Some really good performance best practices and a ton of great performance troubleshooting information. Specifically the information on the key metrics to monitor when trouble shooting performance issues. A lot of information packed into this one hour session and I have a few pages of notes on it. These will most certainly be summarized in another post in the very near future.

I also attended two other fantastic sessions on my final day, one on Exchange Virtualization Best Practices by @afontana_vmw and another which was a HA Deep Dive for SQL Server Virtualization by Scott Salyer of VMware. The Exchange session expanded a bit on the earlier performance session offering up some Exchange specific performance tuning options. The HA Deep Dive for SQL dove deep 🙂 into the different HA options for SQL. Again, once I organize my notes there will probably be a separate post with a bit more detail on these session.

Finally got a chance to meet up with @nfritsch. Great guy! Had a great discussion with him about Citrix VDI and we chatted a bit about VMUG. Great to meet you Nick and look forward to chatting with you again soon.

The only thing I was disappointed with at PEX were the General Session Keynotes. Not sure what I was expecting but even with the stage setup and elaborate production these were anticlimactic (how awesome can a tech keynote be, don’t know but I was expecting more) and uninspiring. I can’t say that keynotes were very beneficial to me.

Where the keynotes were pretty blah, the guest speaker, Shawn Achor who gave a talk during the General Session on the second day was fantastic. Will probably end up buying his book, The Happiness Advantage: The Seven Principles of Positive Psychology That Fuel Success and Performance at Work

, hope it is as interesting and entertaining as his presentation was.

I had a great time, learned a bunch of new stuff, and met a lot of really cool people. Look forward to the next one.

Damian (@sixfootdad) doing some work on AutoLab in the Hang Space.

Hey look it’s me! (This picture won me an iPad in the Brocade/EMC twitter contest!!!)

Fingers crossed for @timantz and @kennega and everyone else that defended for VCDX at PEX. You guys are awesome and inspiring!